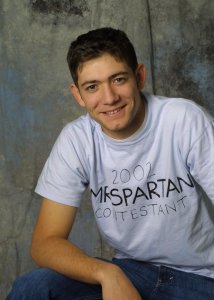 [i stole this picture off the internet. my brother may have been a traitor but he sure was cute.]

i’ve had this movie from netflix for about a week. it’s just been sitting on my desk. today i decided to watch it. it’s called the gift. i think i got it because cate blanchett is in it and well, who doesn’t like cate blanchett, right? anyway, the opening credits started and i realized that not only did it star cate blanchett, but the cast included: giovanni ribisi, katie holmes, keanu reeves, hilary swank, greg kinnear and the madame from deadwood. AMONG OTHERS. why hadn’t i heard of this movie? i wondered, was it because i was out of the country in 2000 when it was released?

approximately (in 6th grade i raised my hand in health class and said to mr. faggon, “don’t you mean ABOUT 3-4 weeks, not approximately?” in a really snooty voice and i always think of that shinning moment of brilliance when i use the word approximately) anyway ABOUT/APPROXIMATELY 30 seconds into the movie i realized why i had not heard of it. it is terrible. i say “is” because it is still on pause out in the living room. i had to get some distance from it before i did something stupid like break it in half and then have to pay for it. it is i think a horror movie where cate blanchett is some sort of psychic. the dialogue: ridiculous. the camera work: childish. giovanni ribisi: hilarious as a grown-up victim of child abuse. my roommate adam and i laughed the entire way through his most intense and explosive scene where he went from super normal to “shoot me; shoot me now!” crazy in less then 2 seconds. it’s insane. plus katie holmes and keanu reeves should always avoid accents, especially the southern ones.

i guess i shouldn’t be surprised seeing as the director, sam raimi, is famous for making total crap. and i guess his more recent crap (the spiderman franchise) is full of big name actors making fools out of themselves. but this movie is beyond bad. and it isn’t funny wink wink bad like evil dead (another sam raimi thing) either. there are funny parts sure, but they are completely unintentional and way too far apart for any real enjoyment.

you know what i just realized? that writing about this stupid movie is making me bored. i am refusing to finish it and i am refusing to write another word about it. if, somehow, it is a great classic and i am missing some ironic twist, please let me know. otherwise i am going to send it back.

thanks for your time. do not rent the gift. goodnight.