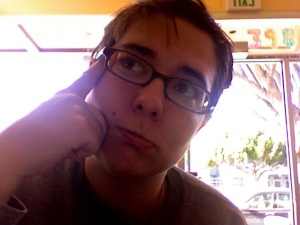 today is the first day that i don’t feel like a complete disaster, health-wise. i’ve been sort of knocked out by a lame cold, definitely sicker than i have been in a while. and of course i got pete sick. and my nose looks like i detached it from my body and then put it in an oven at like 475, took it out and then put it back on. i took monday off from work, went in on wednesday and then on thursday was basically sent home for sounding/looking so pathetic. being sick is fully lame. everyone knows that but i certainly forget it during my long stretches of being completely healthy. sometimes, when i am completely healthy but lazy, which is my normal state of being, i think something like, oh it would be great if i were sick so i had an excuse for sitting on the couch and watching hulu all day. well lazy self, IT WOULD NOT BE GREAT. yesterday i blew my nose enough times to kill an acre of old growth and then felt like i had been left out in the desert for a week. then my fever came back so i couldn’t sleep and i couldn’t get warm enough but i still had chills.

anyway, you don’t care about that.

on wednesday, when i was at the midpoint of being sick so i went to work and just sort of floated through it by listening to podcasts and pretending like i was completely better, i developed a new theory of everything. well, it isn’t really a new theory but i kept listening to different people talk about the state of the union and this and that, plus i mean, i watch the daily show everyday, read the new york times, and you know, people keep saying the same thing (and okay i know that is not a good cross section of the political viewpoints in america but just go with me for a minute): people keep saying, “the republicans should love what obama is saying about x. this is a free market solution. but they don’t love it!” and then i realized, it’s so obvious but it just occurred to me, the republicans don’t give a shit at all about the free market or competition or anything like that. what they want is actually the socialist welfare state they train people to fear. not actually socialist. what is the word for a welfare state in which the welfare actually only goes to a certain group of people who are “more equal than others”? stalinism?

the exciting part of their version is that the more equal people are just now getting their full people-hood.

(side note- i am in maxfield’s, per usual, with marisa and another friend chrissy, and i used to love this place, we used to do funny sexy sad here! but this new guy working the counter is a jerk and there was some serious smoking happening right in front of the door and i am sick and chrissy just got over pneumonia for crying out loud! so she closed the door and he came RUNNING around the counter and said, “uh uh, i don’t THINK so.” so i was like, “it’s just that the smoke is really strong.” and he said, after looking out the door for a long moment, “it’ll be over soon.” dude, they have a whole pack. plus you are stingy with the napkins which we NEED for blowing our noses and cleaning up after your sandwiches. and your pants are ugly, you are a bad singer and nobody likes your dance moves.) (that was mean. i am fully ready to receive my karmic punishment.)

anyway, the other thing that this whole rights for non-humans movement makes me think of it this robot propaganda i saw the other day. a short version of it was a commercial on hulu and my first thought was: the robots are behind this. i know this makes me sound officially insane but look, already robots do most things humans used to do. who can add in their heads anymore? and why would you? robots do surgery, build cars, WRITE FOR US. you know what facebook once did? it asked me if i wanted to be friends with the guy i lost my virginity to, who doesn’t know ONE SINGLE PERSON I KNOW. and lives in a foreign country. that was done by a computer program, a robot.

i’m just saying that maybe we should be working on getting some skills back, instead of putting so much faith into non-humans, robots and corporations, who now apparently do everything for us including now explicitly, thanks to the supreme court, make law and elect our “representatives”. all we have left is a little abstract thinking and some cute things we do for crafting purposes. we might want to work on that.

i should change this blog to say, instead of “these are the things that are happening”, “these are my crazy person rants about the end of the world”.