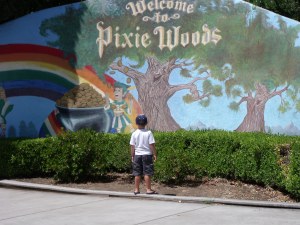 so i know i promised to write more about the incredible stockton adventure.  i know you are just on the edge of your seats.  it WAS pretty amazing.  i know it sounds stupid and obvious but i swear my cousin’s kids seem like a hundred times older every time i see them.  i guess i’ve known a lot of little kids and babies since i was sort of an epic babysitter back in my day.  i also taught swimming lessons and safety town and was a camp counselor and did all the good gender related-things an american girl who wants summer employment can do (also mcdonalds but that is another story).  but most of those kids are not even remotely in my hemisphere anymore.  i recently saw a christmas card from some old neighbors whose babies i sat all the time.  they of course seem huge but i see them once every couple years at the most so yeah.  and there are a couple girls i took care of when i was 11 that are like college graduates and on facebook (dear parents: do not entrust an 11-year-old with three children for an entire summer unless you live close to a hospital and you have a very limited childcare budget and you are willing to lose a couple of the kids to malnutrition due to kraft mac and cheese overload).  but my cousin’s kids are the only ones i have really seen from beginning until now basically as an adult.  and it is cool to watch them grow-up and turn into people.  and that is really the long and short of what i wanted to say about that.

stockton was fun in a surprising way.  surprising because it is stockton and the main things to see in stockton are strip malls and all-you-can-eat buffets and little manila which we did not see but consists apparently of three buildings.  well, we might have accidentally seen it.  i can’t be sure.

there is also pixie woods, a creepy and amazing kids’ theme park, the theme being something elusive and undefinable that is most closely related to racist nonsense that isn’t true.  for example, on the train ride (which we did twice) you pass “chief sitting bull with his daughters: pocahontas and tiger lily.”

clearly these mannaquin and wooden board diaramas were created in a time with less google and more gullible children.  anyway, erica and i laughed for a few straight hours in between getting the kids to pose with their heads in strange and inappropriate cutouts:

so: it was a success and i would recommend going there anytime you pass through stockton, with or without children.

now i am going to go meet my new co-inhabitant for a drink at the jay and bee.  he knows about my blog now which is proof i think he is cool.  it’s nice to have another human being around.  i guess humans like humans because they remind us that we are humans too and probably should avoid downwards spirals and hoarding behaviors.