okay so i think i am going to use one of these two, probably the one in focus.  i like the being outside thing.  plus my cousin took these.  they are a year old but oh well. 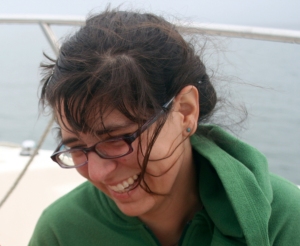 in other life news things are going pretty well around here.  yesterday i came home at lunch and my roommate was cleaning the bathroom.  then he made dinner and gave me some and we ate together and it was delicious and very nice.  this proves a lot of things one of which is that there are NO nice boys in the city, they all come from outside of the city and then get here and after a year or so, turn mean.  luckily for michael he lives in a foreign country so he probably won’t turn mean.  plus he’s only here for a few months.  which is sad for me since, see previous statement, i have nearly zero actual male friends in sf.  anyway, it’s cool to make a new friend, even if he is only temporarily in this spot.  and it is always good to know more people in europe so when i get back there and redo my european vacation (with hopefully funds this time so i can do important things like eat and sleep in beds instead of airports) i will have places to stay and fun people to hang out with.

plus, what roommate that doesn’t need to cleans the bathroom and does it in such a way that you aren’t even stricken with guilt over your own inadequacies as a housekeeper?  amazing.

other things: so far this week i have gone to yoga twice and things at my job have taken a sort of awesome turn, though i don’t ever talk about my job on the blog because it is a pretty cool job that i don’t want to get fired from and also it doesn’t lend itself to fun entertaining stories.  well sometimes, but they are better in person.

one of my cousins quit facebook and i have been thinking about that today.  i don’t want to quit facebook though.  not when i live in the capitol of places people leave.  my friends are too far flung, in too many time zones.  i am going to just admit it: i like facebook.

and that is today.  i think i have confirmation on a mattress for my birthday.  i once got a pillow for christmas.  i was twelve and mad.  but i still use the pillow every night.  so.  there is that.  i guess i am finally growing up.